E&W Strategies is led by a team that previously oversaw corporate compliance programs, established new environmental markets, worked at senior levels of government, and at the grassroots level with local organizations and non-profits.

Our clients range from large companies to small businesses, law and financial firms, non-profits, and the public sector.

What unifies these different groups is the need for pragmatic insights and solutions at a time of uncertainty and increased expectations – insights that we deliver. 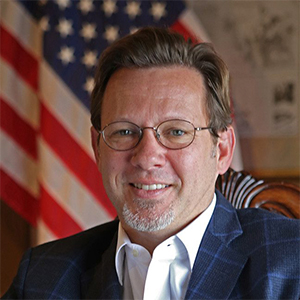 Brent Fewell founded Earth & Water Law LLC and Earth & Water Strategies LLC in 2016. Brent has over 30 years of experience in public policy, advocacy, and environmental law. He is also a Co-Founder and General Counsel of the Water Finance Exchange.

As an environmental lawyer and former corporate executive and senior U.S. EPA official in EPA’s Offices of Water and Congressional and Intergovernmental Relations, Brent brings a wealth of knowledge and unique perspective to his clients in navigating the regulatory and political arenas in Washington DC. As a highly regarded thought leader on environmental policy and governance matters, his counsel and opinions are sought out by corporate and government leaders around the globe. Brent brings unparalleled energy and passion to the issues in a way that few do to help his clients navigate in an increasingly complex and nuanced regulatory environment. 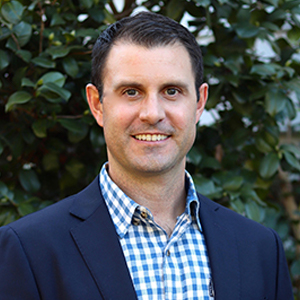 Brendan McGinnis serves as Partner and Chief Operating Officer of Earth & Water Strategies. He also serves as Chief Operating Officer of Earth & Water Law and Chief Operating Manager of the Water Finance Exchange. Based in Washington, DC, his career has been extensively active in the water resources and sustainability sectors, with a strong proficiency in convening, managing complex projects, facilitating government affairs, conducting stakeholder outreach, and directing business and organizational development. He supports his clients’ goals by applying his knowledge of regulation, policy, and markets with a practical understanding of the governmental agencies, companies, and NGOs that shape and drive environmental outcomes. 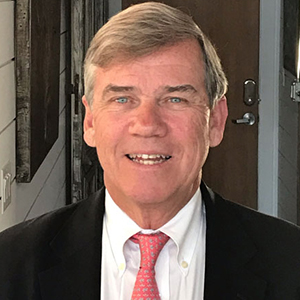 George Kelly serves as Partner and Global Client Strategy Officer of Earth & Water Strategies. Prior to joining Earth & Water Strategies, Mr. Kelly served as the Chief Market Officer for Resource Environmental Solutions (RES) since 2014. Mr. Kelly also remains on the Board of Directors for RES. After the acquisition of EBX by RES in 2014, Mr. Kelly was charged with leading market initiatives for RES. This included the expansion of market initiatives in states where RES had existing operations, with a focus on expanding wetland, stream, nutrient and species offset markets. In addition, it involved expanding the RES platform geographically and diversifying the client base. In this capacity, Mr. Kelly spearheaded RES’ efforts to open nutrient and stormwater markets in the Chesapeake Bay Region; species markets in the Appalachian, Western and Mid-Western U.S.; stream markets in Texas and the western U.S.; and wetland and stream restoration projects for water quality and carbon markets.

Prior to joining RES, as the Founder and Director of Environmental Banc and Exchange (EBX), Mr. Kelly permitted and sold over $150M of environmental credits in the United States relating to wetlands, streams, endangered species and water quality. He has worked with numerous resource agencies, landowners, investors and private and public credit buyers in the implementation of mitigation projects. He has been a leader in promoting new policies at the federal and state levels relating to market-based solutions to achieve environmental objectives, including the recently promulgated federal wetland mitigation rules enacted in June 2008 and the introduced capital gains bill for mitigation credits.

Prior to founding EBX, Mr. Kelly worked at the law firm of Ober, Kaler, Grimes & Shriver for over eleven years and was named Partner and a Member of the Environmental Law Group. At the firm, he was involved with litigation, transactional work and business counseling relating to natural resource damages, environmental permitting and insurance coverage. During his tenure at the firm, he was appointed to Chair of the Environmental Law Section of the Maryland State Bar, to the Voluntary Cleanup Task Force, to the Brownfields Industrial Redevelopment Council, and became a member of the Judicial Conference for the United States Court of Appeals for the Fourth Circuit. 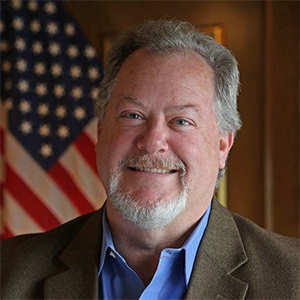 Randy has decades of experience in the environmental field and is a highly regarded lawyer and thought leader in Washington D.C. circles.

He began his legal career as an Attorney Advisor to the U.S. EPA’s Assistant Administrator for Water where he advised senior management on controversial issues and key policy and legislative issues related to the Clean Water Act, specifically, and other water issues as well. As a former partner at Dewey & LeBoeuf and Winston & Strawn he worked on complex cases involving Fortune 500 corporations, municipal governments, non-profits, trade associations, federal agencies and Congress, and had great success reconciling diverse stakeholder interests and negotiating settlements in nationally significant, complex cases.

Randy comes to the field of executive and leadership coaching after a 30-year career as an attorney, lobbyist and strategic consultant in Washington D.C. Randy has been a Partner in three of the world’s largest law firms, served in a senior role at the U.S. EPA and as a Senior Fellow at his alma mater, among other positions.

Randy has worked at all levels of the U.S. Executive and Legislative branches, led several strategic planning processes, worked in the international development community and helped found businesses in Costa Rica, Switzerland, the U.K. and D.C. He has decades of Board and Advisory Board experience promoting water quality, protecting endangered species, addressing the Muslim/West divide, increasing interfaith peace and justice and reducing gun violence.

Using backbone, heart and humor, his coaching experience includes work in the areas of law and public policy, energy, medicine, education, government, tech and international development. With these engagements and his own diverse work and personal background, he looks forward to partnering with individuals from a wide variety of professions and nationalities.

Randy is certified by Georgetown University’s Institute for Transformational Leadership as an Executive and Leadership Coach. He has also been credentialed by the International Coaching Federation and serves as a member of the Board of Directors of the ICF’s Metro D.C. Chapter. 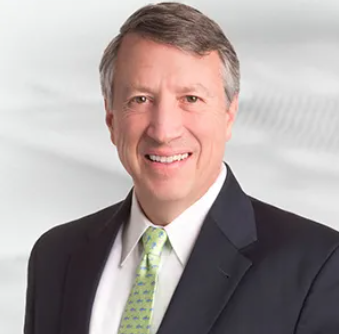 John Sheehan has specialized in the practice of environmental law and litigation for over 30 years, serving as lead trial counsel in some of the nations’ largest environmental cases.

For over 13 years at the United States Department of Justice’s Environment and Natural Resources Division and at the U.S. Environmental Protection Agency’s General Counsel’s Office, John led trial teams and government workgroups in numerous high-profile cases and regulatory matters.

John has extensive background in state and federal water and wastewater quality issues, as well as experience in the energy and natural resource sectors. John has represented drinking water and wastewater trade associations and other industry clients in environmental litigation, regulatory enforcement actions, and transactional counseling related to key environmental statutes including cases under the Clean Water Act, the Clean Air Act, and the Comprehensive Environmental Response, Compensation, and Liability Act (CERCLA), the Endangered Species Act and National Environmental Policy Act.

Recently, John was awarded a National Law Journal 2020 Plaintiffs’ Trailblazer award for his work with water related clients seeking compensation for damages caused by PFAS chemicals. John continues to counsel clients on PFAS issues and is nationally recognized for his depth of experience on this issue.

John is a prolific writer and speaker on environmental litigation and regulatory challenges and related trends. He has served as an Executive Committee Member of the U.S. Chambers of Commerce’s Business Task Force on Water Policy. 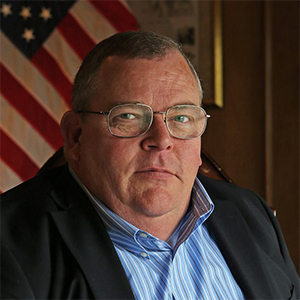 Ken Maynard has served as a highly regarded strategic advisor in the public policy and business strategy space for nearly three decades.

He provides business development, federal relations, and organizational management counsel to companies, NGOs, and trade associations. As part of this work, Ken has initiated and led a series of highly effective coalitions across the environmental, health care, and financial space pulling together diverse constituencies and interests across the private, public, and non-profit sectors to advance their business and regulatory objectives.

In addition to his work leading these groups, he also serves clients individually by providing pragmatic counsel on how to shape issues in the environmental, finance, and policy arena that support their goals. Ken also partners with the legal team at Earth & Water as an analyst on litigation and regulatory matters.

The common theme in Ken’s work is his ability to understand and advance the needs of clients and their sectors by knowing the policy, people, and regulatory landscape they face exceptionally well. The end products are navigable strategies that advance their goals and move their business and policy interests forward. 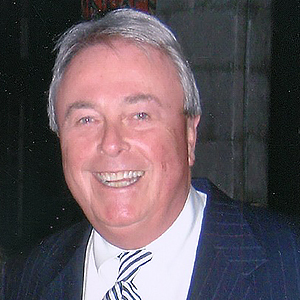 Michael Curley is a lawyer who has spent the majority of his career in project finance and the last 30 years in energy and environmental finance.

Michael is the author of Finance Policy for Renewable Energy and a Sustainable Environment, published by Taylor & Francis in 2014. The Central University for Finance & Economics in China translated his book into Chinese and asked Michael to write a special Preface for them.

He also wrote The Handbook of Project Finance for Water and Wastewater Systems, published by Times/Mirror and Fundamentals of Water Finance, which was published by Taylor & Francis in October, 2016. In 2018, Mr. Curley wrote Paying for Tomorrow, which was published by ELI and, in 2020, Environmental Finance for the Developing World, published by Taylor & Francis. His latest book, The Climate Change Manual, is scheduled for publication in 2021. He contributed to the Huffington Post for four years and is a member of the National Press Club. He has published over 70 articles and provided commentary on environmental issues for WYPR, the national public radio station serving Maryland, in 2018-19.

Michael has served several roles in government. First, as Deputy Commissioner (Secretary) & General Counsel of the New York State Department of Economic Development; and then as President and CEO of the State’s bank for economic development. He was also the General Counsel of the New York State Science & Technology Foundation, the State’s venture capital agency. Prior to that, he served as Parliamentarian of the New York State Assembly and Associate Counsel to the Speaker and was also an Assistant to Congressman Richard D. McCarthy in Washington. He was also an Adjunct Professor of Banking & Finance at New York University teaching Venture Capital and Capital Markets. He was appointed to the Board of Directors of the United Nations Development Corporation by New York City Mayor Ed Koch.

As an entrepreneur, after leaving government, he raised the venture capital for, founded, and served as president and CEO of the third municipal bond insurance company in the world and the first to insure economic development projects. He was also a partner in the celebrated New York City law firm of Shea & Gould.

Michael has worked in 40 countries, primarily as the Senior Financial Advisor to the Office of International Affairs at the Environmental Protection Agency (EPA) and in the same capacity for the World Resources Institute. His primary work with EPA was in Russia, Ukraine, the Republic of Georgia, Armenia, Uzbekistan, and in Kazakhstan, where he built basic water and sanitation systems in 15 rural villages and organized a system for financing such projects throughout the country. He has had extensive dealings with the World Bank, the Asian Development Bank (ADB), the European Bank for Reconstruction and Development (EBRD) as well as the Organization for Economic Cooperation and Development (OECD).

In 1990, Michael was appointed to the Environmental Financial Advisory Board at EPA, where he served for 21 years under four Presidents. Over the last 20 years, he has taught environmental & energy finance and law courses at the Johns Hopkins University and George Washington University as well as the Vermont Law School. He founded the Environmental Finance Centers at the University of Maryland, Syracuse University and Cleveland State University. He currently serves on the Advisory Board of “Protect Our Power,” a not-for-profit corporation created to defend the country’s electric power grid from cyber attacks and electromagnetic pulses.